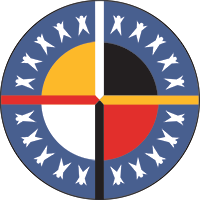 The AAC was established to defend the rights and further the interests internationally of American and Canadian Athabaskan members. The AAC also seeks to foster a greater understanding of the shared heritage of Athabaskan peoples of Arctic North America.

About the Athabaskan Peoples

Peoples of Arctic Athabaskan descent represent approximately two percent of the resident population of Alaska (12,000), compared with about one-third of the Yukon Territory (10,000), the Northwest Territories and provincial norths (20,000) in Canada. Athabaskan peoples are a relatively young and growing population compared with non-Aboriginal Arctic resident groups.

The AAC collaborates with Arctic States, Working Groups and other Permanent Participants regarding circumpolar relations with regular contributions to Chairmanship work plans. The AAC has particular interest in balancing environmental protection with economic sustainability.

Chief Gary Harrison is chairman of the Chickaloon Native Village, located North-East of Anchorage, Alaska, and representative of the Arctic Athabaskan Council. As the Arc...
19 Oct 2020

The impact of Covid-19 on Indigenous peoples in the Arctic

The Arctic Council at Arctic Frontiers